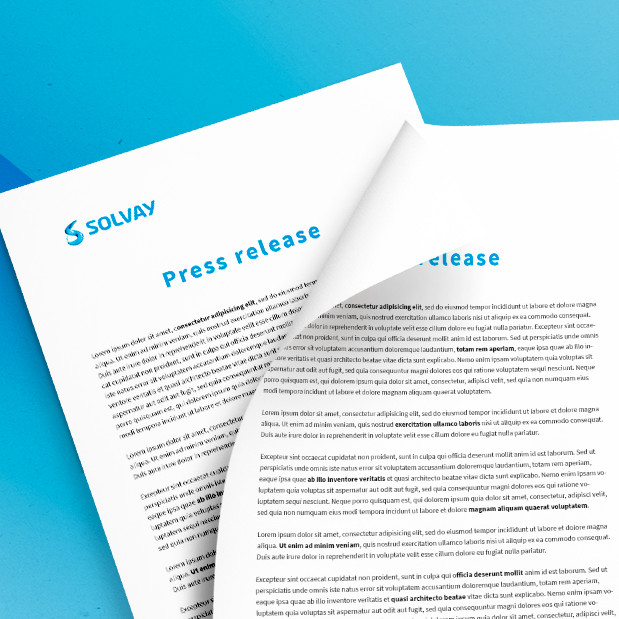 As an on-pipe facility, commissioned in 2014, the site benefits from competitive and secure supply of the key raw material ethylene oxide (EO) via pipeline from the industrial park, which is locatedbetween the key regional transport and logistics hubs of Rotterdam and Antwerp, Belgium.

The acquisition comes ahead of the start-up of two other large-scale on-pipe alkoxylation units that Solvay’s Novecare Global Business Unit (GBU) is building in Singapore and in the United States, due in the third quarter. It is Novecare’s latest investment toexpand its surfactant footprint, complementing the alkoxylation site in Italy and the new surfactant plant in Germany.

Solvay Novecare is a worldwide leader in specialty surfactants and a major player in polymers, amines, guar, and phosphorus derivatives. Solvay Novecare engineers and develops formulations that provide consumer products and state-of-the-art industrial applications with specific functional qualities designed to modify fluidbehaviorand deliver cleansing, dispersal, gelling, moisturizing, penetrating, softening or texturizing properties. These formulations are used in shampoos, detergents, paints and lubricants as well as in crop protection, mining and energy production and stimulation. Novecare, which boasts a worldwide network of 37 manufacturing sites and nine R&Dcenters, has become the preferred partner of its customers in rapidly growing economies and leverages an innovation platform based on sustainable solutions.

As an international chemical group, SOLVAY assists industries in finding and implementing ever more responsible and value-creating solutions. Solvay generates 90% of its net sales in activities where it is among the world's top three players. It serves many markets, varying from energy and the environment to automotive and aeronautics or electricity and electronics, with one goal: to raise the performance of its clients and improve society's quality of life. The group is headquartered in Brussels, employs about 26,000 people in 52 countries and generated 10.2 billion euros in net sales in 2014. Solvay SA (SOLB.BE) is listed on EURONEXT Brussels and EURONEXT Paris (Bloomberg: SOLB:BB - Reuters: SOLB.BR).